Who put the backdoor in my router?

This is a INDEPENDENT research conduced by two freaks:

For quite some time we have been seeing espionage cases reaching countries, governments and large companies.

A large number of backdoors were found on network devices, mobile phones and other related devices, having as main cases the ones that were reported by the media, such as: TPLink, Dlink, Linksys, Samsung and other companies which are internationally renowned.

In a recent research on a RTA04N device, supplied by GVT (Brazilian ISP) we have found some intriguing facts:

The vendor’s website does exist, but has only one screen with its logo, without any other links to other areas such as manuals, support and firmware

Strange default SSID and Password based on MAC Address and S/No.: 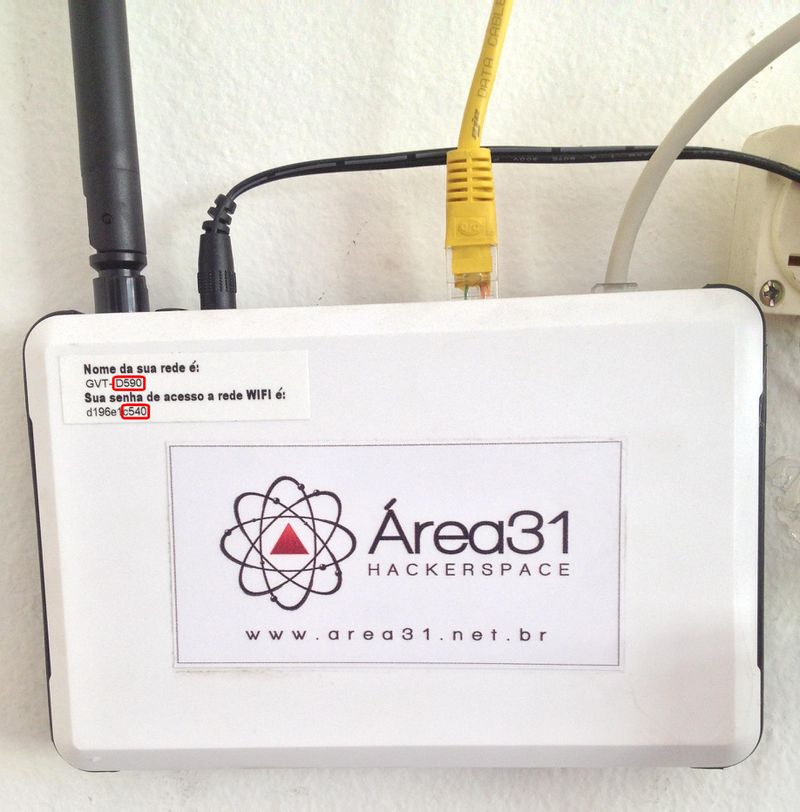 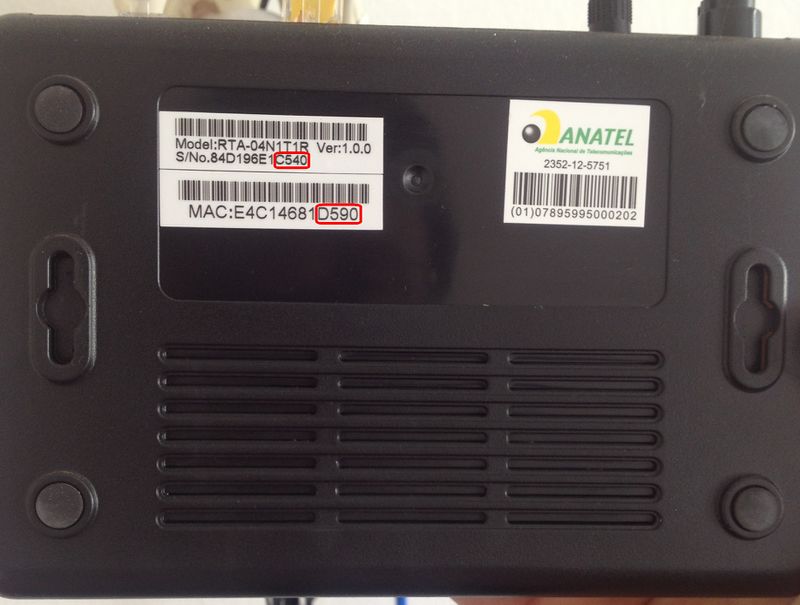 Router obtained after social engineering in technician GVT (purchased for $ 25): 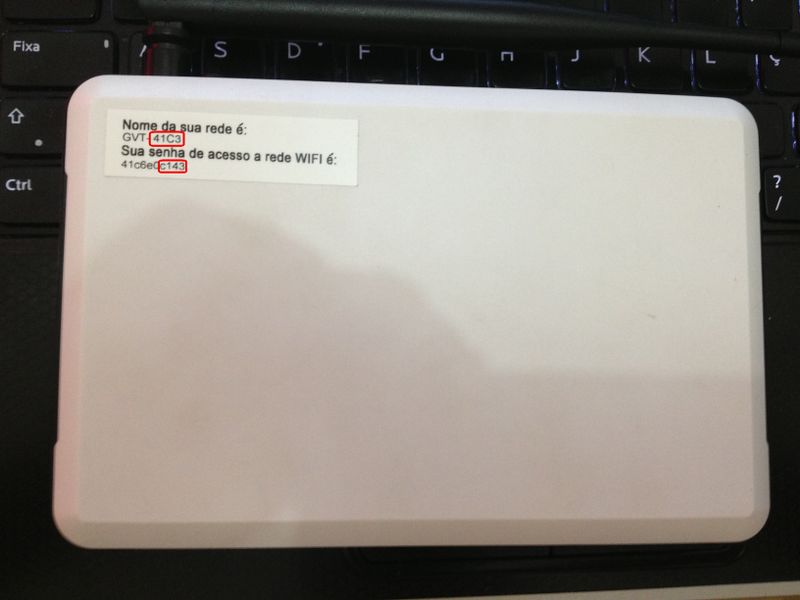 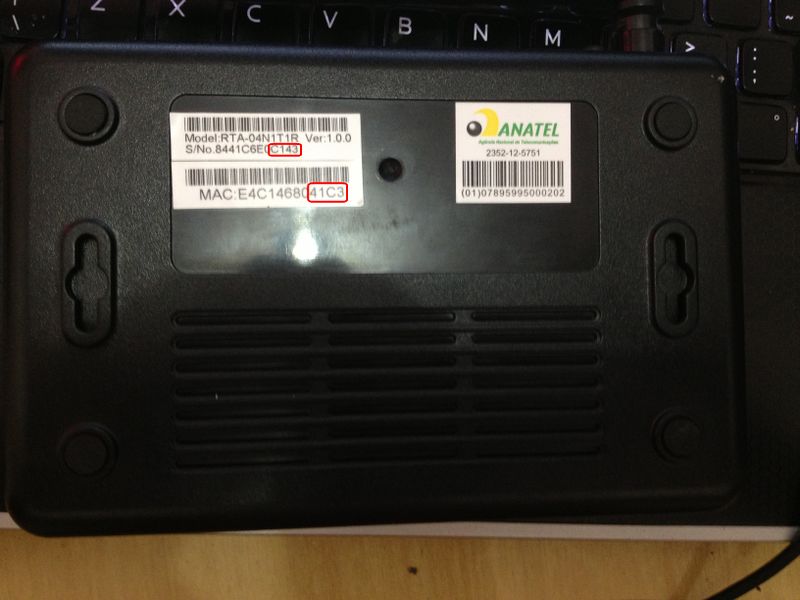 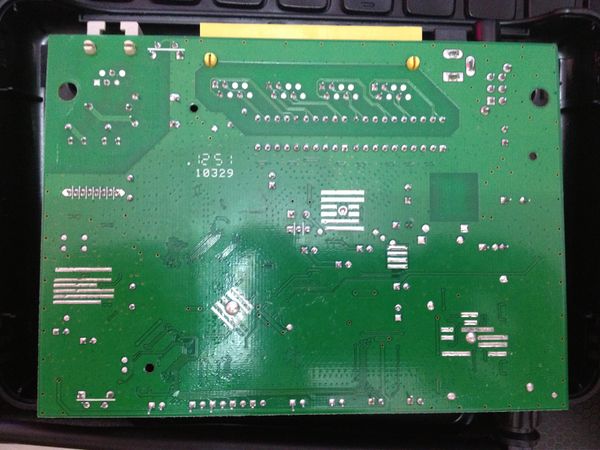 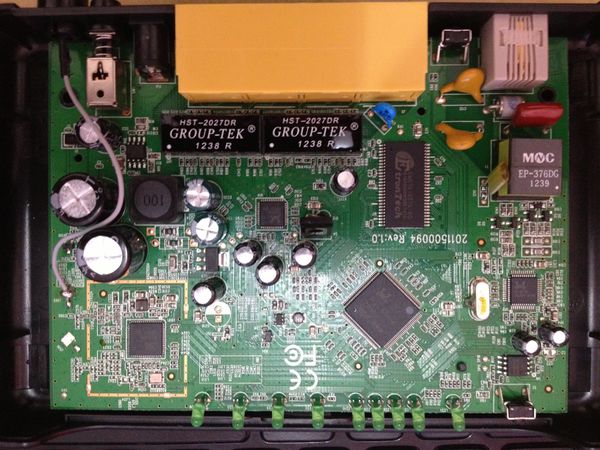 Regulate, and supervise grant. Thus can be summarized the main duties of Anatel, developed to fulfill the mission of "promoting the development of telecommunications in the country in order to give it a modern and efficient telecommunications infrastructure capable of providing adequate services to society and diversified prices just around the national territory. 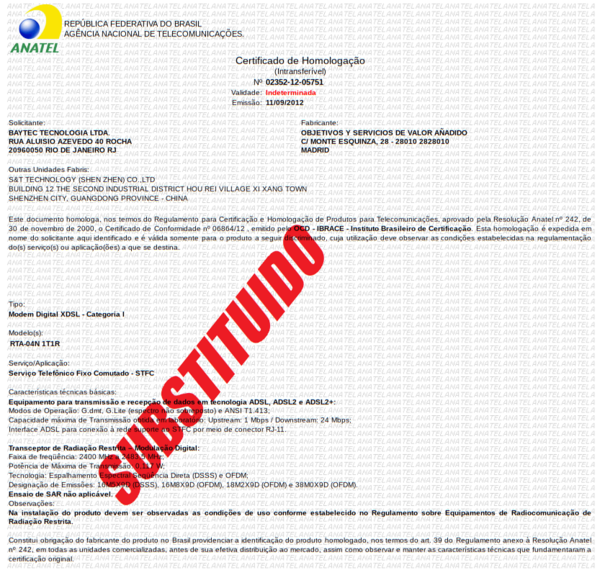 How we can see, this device was approved at end of 2012 and until recent days it is distributed by GVT.

How many people received thos device only in Brazil? 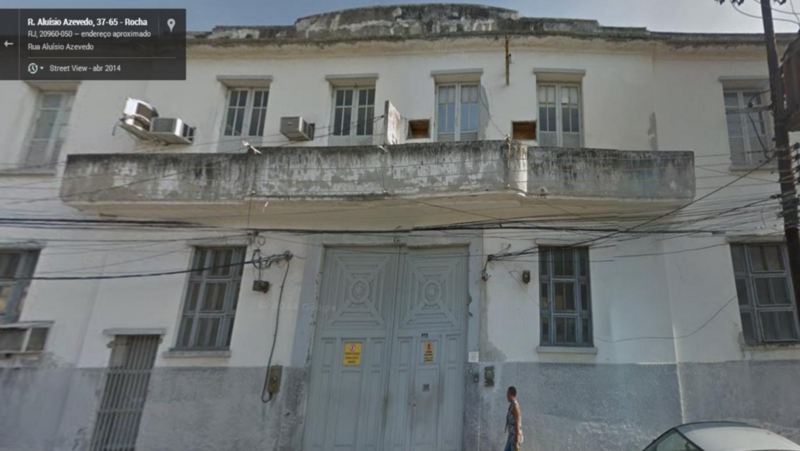 In the device manger you can see Observa Telecom but.... The device has the mac started by E4:C1:46 referring to the company: Objectivo y Servicios de Valor Anadido – which in the end, refers directly to ObservaTelecom

The vendor’s website “exist”, but has only one screen with its logo, without any other links to other areas such as manuals, support and firmware.

Of course, they dont reply emails... 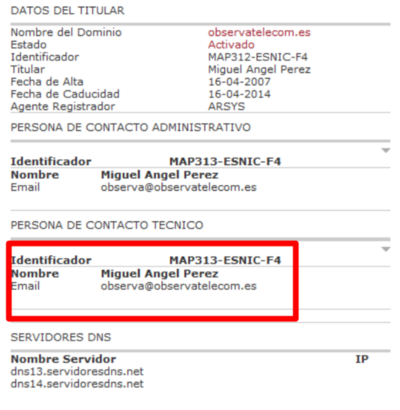 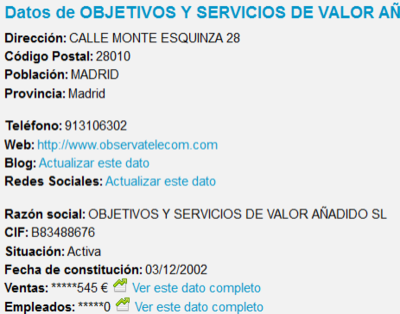 This device is distributed by GVT. A big Brazilian Internet Service Provider player.

According to GVT technical support, this modem/router is not supported by them. Are you serious? Dont belive? Take a look at:

Consulting the BayTec site was possible found the device firmware.

Opening its firmware in hexadecimal we can see that its made by TPLINK.

The router/modem has two default users created, one is admin and the other user, both with password gvt12345. According to the manual (pages 12 and 71): 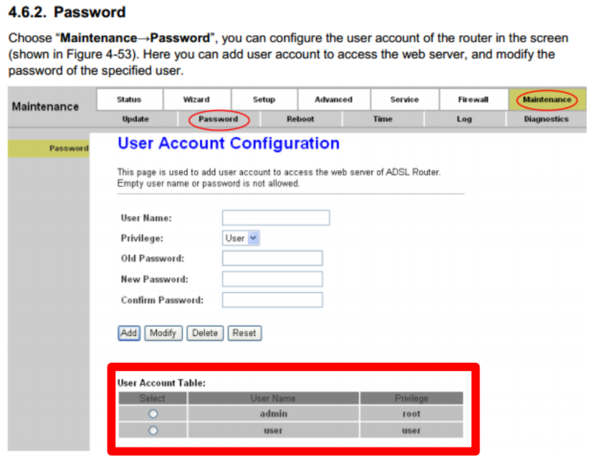 Thus, we have two lines of thought:

1 - GVT replaces the original firmware for a proprietary firmware.

2 - The firmware has already been shipped with GVT settings.

And last but not least, when backing it up, as indicated in the manual, we can get the following information: Thus, you can login with admin user using either passwords, furthermore, every user setted with the flag N=”BACKDOOR” V=”0x1” is not shown in the modem/router user list in web admin interface.

To be sure, we searched for D590airocon password on google and it hasn’t returned any results: To validate our theory, we bought the same model modem/router.

We found that the backdoor password is composed of:

I think that the MAC Address was choose because it’s sent over the network, facilitating the device invasion.

Searching for the airocon string, we have found a company in which the site no longer exists: on SSH and telnet in a limited shell. You can see that the prompt is different after execute sh command.

And the amount of commands was increased: In this shell is possible to have full access to the device’s functionality.

Taking a closer look at the device’s memory it was possible to find some interesting information:

Even after reset it was possible to retrieve the device’s previous user name: Furthermore, the admin page for the backdoor user is completely different from the common admin page.

When accessing the following return error 404 file not found (index.html)

Which obviously does not give access to anything. However, trying to force filenames we could identify some files in the router root directory: Finally, the next question is: “Who put the backdoor in the modem?”